My flatmate Chris laughed as he rolled his cigarette. This time it wasn’t my grasp of German that was amusing him, but my plan for the Bundesliga’s opening weekend. I was going to sit with the TSG Hoffenheim fans at Bayer Leverkusen.

“Hoffenheim have a fan?” he joked. Fans of traditional clubs like Schalke, Chris’s team, and Borussia Dortmund, are usually quite open in their contempt for Hoffenheim.  One Dortmund supporter told me that Hoffenheim are seen as a plastic club for their lack of fan culture and how they’re perceived to have bought their way into the Bundesliga with owner Dietmar Hopp.

I wanted to see if this was true and so off I set, but the journey to the BayArena had me worried that Chris’s stereotype was indeed true – that finding a travelling Hoffenheim fan was like searching out the dodo or a good Taylor Swift song (Ed’s note – Bang out of order. You’re fired.) 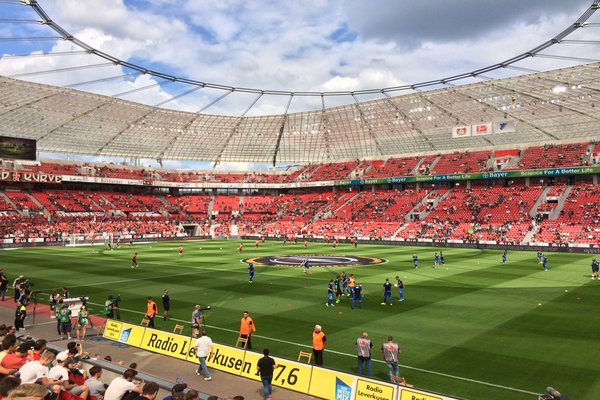 Then, as I arrived outside the away end, multiple mysterious creatures in blue shirts started to appear. Inside the stadium, there were many more, hundreds in fact. Behind me sat one by the name of Heiko, wearing a different crest on his white shirt.

That crest was for his Hoffenheim fan club – Akademiker FC. Born in the nearby and academically renowned Heidelberg, Heiko along with six others, came up with a plan in 2007 to start supporting Hoffenheim. Heiko is very good value with his shouts of “JAWOHL” every time Hoffenheim ventured close to goal and told me about a genetic failure that he felt Germans have. “When there are seven of you with one hobby, you have to start a club.” Eight years later, there are forty people from Heidelberg who follow Hoffenheim – mid-table last season but still one of the most unfashionable clubs in the Bundesliga.

Billionaire Hopp is a large reason why they are seen in this way. He was born in Hoffenheim and played for Hoffenheim as a younger man. For the last 25 years, he’s been the club’s main benefactor putting in over £250 million and propelling their rise to the Bundesliga. Earlier this year, he became the first private owner in the top flight as laws were loosened around the notorious 50+1 rule. English eyes might not see a problem with that but in Germany, fan ownership is treasured. It provides, amongst other things, a holy trinity of a strong bond between fans and club, cheaper ticket prices and much revered atmospheres.

Having Hoffenheim in the top flight offers some contrast to that but as Heiko points out, that bond between fan and club manifests itself differently because Hopp has poured millions into the local area.

Heiko understands why his club still aren’t liked but to be frank, he doesn’t care. It’s the weekend and he’s here to have fun, like the 600 or so other Hoffenheim fans gathered at the BayArena seem intent on doing. 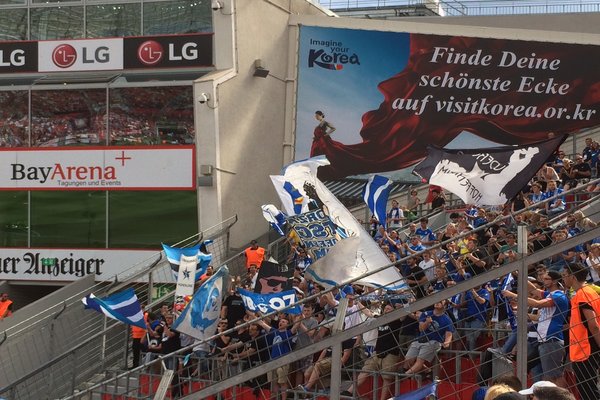 They may boast one of the smaller away followings in the league but they sound like their counterparts.

“KIESSLING, DU ARSCHLOCH” (Ed’s Note: They’re calling him an arsehole) they scream at Leverkusen’s striker, Stefan Kiessling, who didn’t own up after he famously “scored” through the side of the net against Hoffenheim two years back.

They go berserk five minutes in, as Steven Zuber slides Hoffenheim into a surprise lead. Leverkusen finished fourth last season but this was a just reward for TSG’s early pressure. Heiko smiles. His small companion grimaces

With Heiko is Tim, the 16-year-old son of his girlfriend and importantly today, a fanatical Leverkusen fan. As the tide turns towards Leverkusen, Heiko now adapts his usage of “JAWOHL” for TSG’s defensive efforts. To his right, there are “NAYS” from Tim as the hosts struggle in front of goal until the end of the first half. And then Kiessling equalises. Cue raised middle fingers from a large number of Hoffenheim fans while the home crowd cries Kiessling’s name. Leverkusen 1-1 Hoffenheim. Tim 1-1 Heiko. 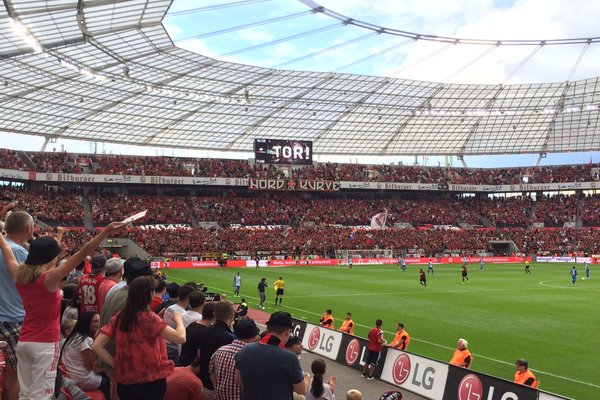 In the second half, a pair of substitutes combine for Leverkusen’s winner, as new signing Admir Mehmedi tees up 19-year-old Julian Brandt. “JAAA!” yells Tim, more out of relief than anything else. That celebration is repeated at full time as Leverkusen claim a deserved win.

Heiko isn’t complaining. Hoffenheim had one chance in the second half and he tells me it was better than the horrible performance in the cup defeat to second tier 1860 Munich last Saturday. They badly miss Roberto Firmino, the €41 million man they sold to Liverpool.

It’s probably going to get worse before it gets better too – Hoffenheim’s first home game of the season next week is against champions Bayern Munich, who tore through Hamburg in predictable fashion on Friday night. Given the widespread hatred of Bayern Munich by non-Bayern Munich fans in Germany, at least Hoffenheim might have a few more people backing them next weekend.

Heiko made a very salient point before making the 164 mile journey back to Heidelberg. From next season, they might be seen in a better light. The commercial beast that is Red Bull-backed RB Leipzig are sizeable promotion contenders from division two. Hoffenheim won’t look half as bad in comparison. 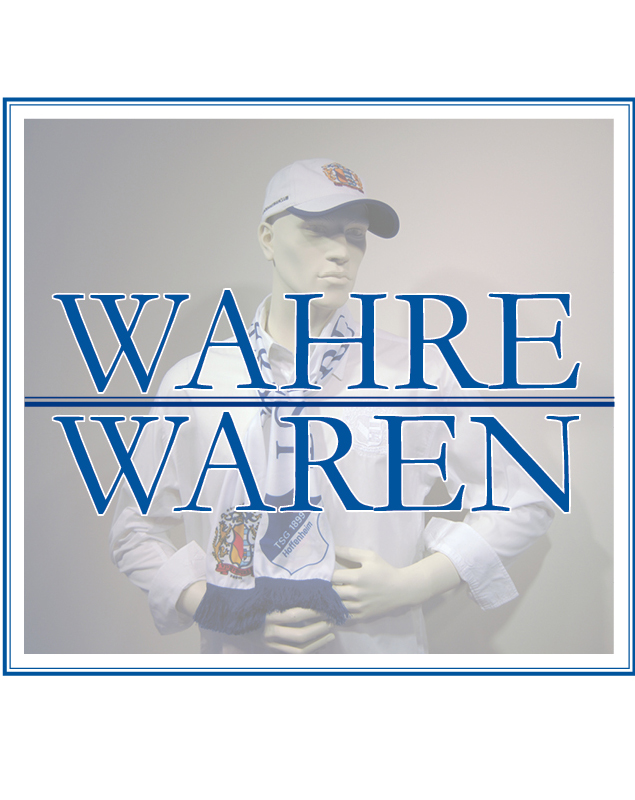